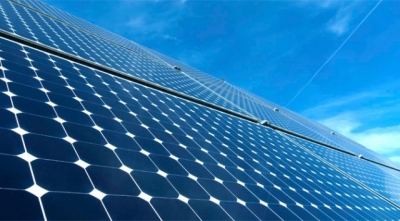 New Delhi– India has witnessed the fastest rate of growth in renewable energy capacity among all large economies, the Economic Survey, tabled in the Parliament on Monday, said.

During the last seven and a half years, the country’s renewable energy capacity grew by 2.9 times and solar energy expanded by over 18 times, it said.

“The difference in the share of renewable energy in installed capacity and electricity generation is because of the variability in the sunshine hours or extent of wind which, in turn, will determine the utilisation of the installed capacity.”

The document further said that the two main pillars for climate change mitigation action to achieve net-zero carbon ambition are transition to clean and renewable sources and its storage.

It goes on to say that minerals and metals like copper, aluminum, iron, manganese, nickel are critical for developing clean energy sources like solar PV, wind, nuclear while minerals like lithium and graphite are important for energy storage.

Therefore, on the policy front, it is pertinent to prepare at a pace at which shift from conventional fossil-fuel based sources to renewables can be made.

“The pace will determine the extent and mix of investment in renewable sources of energy,” it added.

“With the developed countries as frontrunners of net-zero emission plans, it is important to avoid the risk of being a late comer. The inelastic supply of minerals is already increasing the prices of minerals which is likely to shoot up even further in the future.”

Lastly, R&D on renewable sources of energy with special focus on developing technology that recycles, reuses and repurposes minerals is also important.

At the recent conference of parties to the United Nations Framework Convention on Climate Change (UNFCCC) meet, Prime Minister Narendra Modi, declared that India will achieve net zero by 2070, and aims to take the country’s energy share through renewable sources to 50 per cent. (IANS)