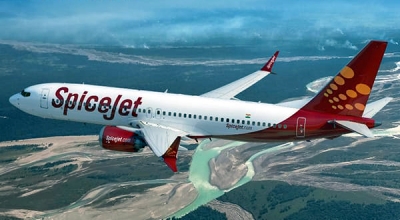 New Delhi– In a breather to SpiceJet, the Supreme Court on Friday stayed the Madras High Court order for three weeks, in which the HC had asked the airlines to wind up its operations after it failed to make a payment of $24 million to Credit Suisse.

However, the apex court bench headed by Chief Justice N.V. Ramana pulled up the airline saying, “If you don’t want to run the airlines, we will declare you insolvent. This is not the way to run an airline.”

Credit Suisse had moved the winding-up petition before a company court claiming that SpiceJet was indebted to it for more than $24 million for maintenance, repair, and overhauling (MRO) the Zurich-based MRO service provider SR Technics.

During the course of the hearing, Senior advocate Mukul Rohatgi, representing SpiceJet, apprised the top court that the airline is trying to work something out and as such urged the court to adjourn the hearing for a period of three weeks.

Earlier, SpiceJet had argued in the Madras High Court that SR Technics did not possess the approval from the Director-General of Civil Aviation (DGCA) from 2009 to 2015, but the court did not heed to the argument and said that the airline had availed of the services of SR Technics.

The airline company also argued that the Swiss company had made a “fraudulent misinterpretation” of having the DGCA approval and argued that this was against the Indian and other applicable laws and that this has led to the entire agreement being pointless or unnecessary. (IANS)