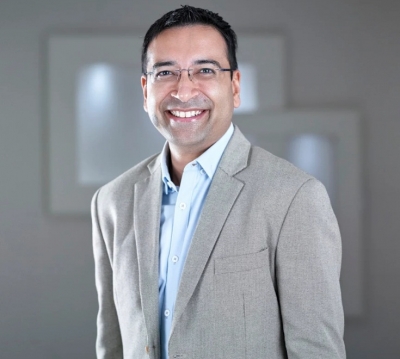 Dinner-table conversations have changed since Shark Tank India started streaming. The show received 62,000 applicants from India, out of which 198 businesses were selected to pitch their ideas to the “sharks”. By the end, the programme has made a funding commitment worth nearly Rs 42 crore to 67 budding businesses.

The show has garnered a wide following with more people understanding the process of raising equity-based funding.

However, unlike the show, Founders have to go through a much longer process to secure funding in reality. It involves multiple iterations, lots of rejections, and a lot of time and effort away from business.

Even then, not getting any funding or the desired amount is a real possibility. Traditional capital sources cannot be a frequent solution for entrepreneurs which creates the need for founder-friendly funding alternatives.

Keeping up with the ever-growing pool of new companies in innovative segments, the business of funding them is also evolving fast.

Newer funding models like Revenue Based Financing (RBF) are becoming popular based on the idea that all businesses do not flourish with traditional equity-based funding. There is a need to offer sustainable capital to Founders without trading ownership. RBF facilitates access to much-needed growth capital customised to a company’s revenues.

Why should start-ups consider RBF?

Today’s market is highly dynamic and start-ups cannot afford the long turnaround timelines of traditional funding when raising capital. Raising funds through banks & financial institutions comes with either a personal guarantee or fixed liability that is payable irrespective of your business performance.

Since repayments under the RBF model are directly linked to the revenues, the financier is also more like a partner in the growth of the start-up.

It is a simple process which does not involve any pledge of collateral and hence is an ideal source of capital for smaller digital start-ups that do not have any physical assets.

— Founder-friendly with no equity dilution

— Fast as companies get funded within days & sometimes hours

What if Founders could trade a share of their revenues instead of equity?

The boom in the D2C and SaaS sectors has created a huge opportunity for RBF providers. Out of the 198 businesses that pitched on the show, few of them have already raised RBF rounds with capital platforms like Klub including Wakao Foods, TagZ Foods, Deciwood and more.

Even brands that could not secure funding on the show, like JhaJi Store, opted for RBF because of their recurring revenues.

Uma and Kalpana Jha, Co-Founders, JhaJi Store, aptly sum up the case for RBF, when they say, “We’ve worked hard to build a profitable business at JhaJi Store that can generate cash every month. Once we achieved that, Klub’s revenue-based financing product was a no-brainer. The funding from Klub literally gives us the fuel to add to the fire that’s cooking ever more batches of pickles and chutneys. RBF helps first time entrepreneurs like us to fund our own growth without having to give up any equity.”

Revenue sharing deals on the show can be a win-win situation for Founders as well as investors when they peg repayments to a brand’s performance. Similar to Shark Tank, Canadian reality TV series Dragon’s Den featured Michele Romanow as a “dragon” in 2015 and after investing in entrepreneurs pitching on the show, she founded Clearbanc (now ClearCo) to facilitate revenue-linked funding options for Founders.

We believe the next season of Shark Tank will start showcasing Revenue Based Financing investments as well. (IANS)

To bring in a system of performance audit: Gadkari