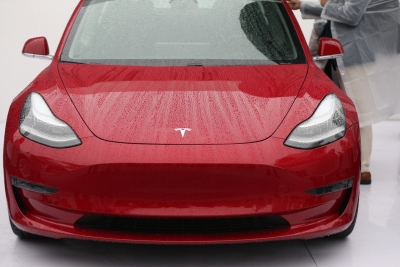 San Francisco– The California Department of Fair Employment and Housing (DEFH) has filed a lawsuit against Elon Musk-run Tesla, alleging systematic racial discrimination and harassment at its Fremont manufacturing plant in the state.

“After receiving hundreds of complaints from workers, DFEH found evidence that Tesla’s Fremont factory is a racially segregated workplace where Black workers are subjected to racial slurs and discriminated against in job assignments, discipline, pay, and promotion creating a hostile work environment,” the agency’s director Kevin Kish said in a statement.

In a blog post, Tesla said that the lawsuit follows a three-year investigation during which the DFEH — whose mission is supposedly to protect workers – “has never once raised any concern about current workplace practices at Tesla”.

“Rather, the lawsuit appears focused on alleged misconduct by production associates at the Fremont factory that took place between 2015 and 2019,” the electric car-maker said.

“Tesla strongly opposes all forms of discrimination and harassment and has a dedicated Employee Relations team that responds to and investigates all complaints,” it added.

Tesla is also the last remaining automobile manufacturer in California.

The Fremont factory has a majority-minority workforce.

“At a time when manufacturing jobs are leaving California, the DFEH has decided to sue Tesla instead of constructively working with us. This is both unfair and counterproductive, especially because the allegations focus on events from years ago,” said Tesla.

Musk has said the company is planning to invest over $10 billion in Gigafactory Texas and will eventually employ 20,000 workers.

Tesla has faced workplace discrimination lawsuits from its staff in the past.

An African-American woman filed a case against Tesla for ignoring racism and physical stress she faced at the company’s facility in California.

Barker, in the suit, said that Tesla failed to address racist abuse directed towards her by a coworker and that it retaliated against her when she tried to report the abuse, reports Insider.

“I was violated physically, mentally, and emotionally because I am an African-American lesbian,” Barker had said in a statement.

Last year, Tesla was ordered by a federal court in California to pay almost $137 million in damages to a Black former employee who said he endured racial abuse while working at a factory in Fremont.

Owen Diaz, a former contracted elevator operator who worked at the plant between 2015 and 2016, alleged he was harassed. (IANS)