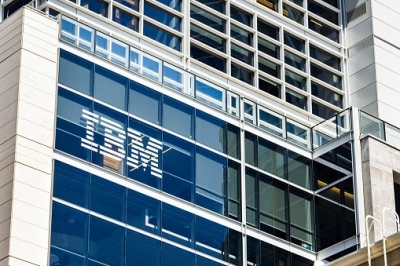 New Delhi– Tech giant IBM and The Nature Conservancy India have joined hands for a project designed to provide real-time monitoring of the water quality and level of Lake Sembakkam, which has long suffered from sewage disposal, untreated solid waste dumping, and excessive accumulated silt as a result of climate change, in Chennai.

According to The Nature Conservancy India, over time, this has severely damaged the quality of the watersheds and the wildlife that benefits from it, in addition to threatening the future of sustainable development in the region, reports ZDNet.

The Nature Conservancy India said it uses a metric — dissolved organic carbon (DOC) — to measure the organic pollution of water and wastewater. Safe levels hover around 0-10mg/l. Lake Sembakkam’s is in the range of 3-70mg/l (mean 24.70 mg/l), making it unpotable and unsurvivable for wildlife.

IBM worked with The Nature Conservancy India to deploy a network of Internet of Things (IoT) monitors to check the health of the lake and offer experts real-time data to help their efforts to conserve it, the report said.

Manoj Balachandran, head of CSR at IBM India and South Asia, told ZDNet that the IBM volunteer team was mobilised for approximately three months of direct work with The Nature Conservancy India.

That period followed a planning period of over eight months when The Nature Conservancy and IBM co-created a project plan based on a review of needs specific to Lake Sembakkam and prior IBM IoT deployments for water conservation, including The Jefferson Project at Lake George, NY.

“Globally, IBM has done five other IBM Service Corps deployments in support of water-related work with TNC since 2016 (including projects focused on Brazil, Peru, Colombia, Kenya, and global uses),” Balachandran was quoted as saying.

“We wanted to provide the opportunity to IBMers to help their local communities move towards achieving their sustainable development goals while creating social impact. The Nature Conservancy India is a leading environmental organization and had already been working with local partners and government agencies on science-based solutions to restore Lake Sembakkam. They had reached a stage where they required an advanced solution to monitor the health of the lake over a longer period, including to help model when issues would occur,” he added.

Balachandran noted that the project was a chance for IBM employees to apply their expertise and design a platform enabling real-time monitoring and predictive modeling using IBM tools. (IANS)

This is how the great LeEco India story went bust