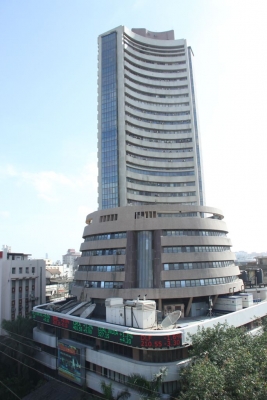 New Delhi– India’s equity market has not looked back ever since the sharp correction witnessed in the initial 21 days of stringent nationwide lockdown imposed in late March 2020 to curb the spread of Coronavirus.

The benchmark Sensex index fell from over 41,000 points to around 27,000 points by early April 2020. But since April 2020, it has consistently risen to pare its sharp losses to reach the pre-pandemic levels by October 2020.

And at present, the Sensex is hovering around the 58,000-point mark after falling from a 52-week high of over 62,000 points it touched before the war between Russia and Ukraine broke out.

Many countries, including India, pump in stimulus packages that found their way to various markets and citizens, in turn buoying the economy. These measures supported the equity markets to touch new highs.

India announced ‘Aatmanirbhar Bharat’ packages in several phases during the Covid-19 pandemic. Also, PLI schemes for various critical sectors too have pumped fuel to the markets.

Besides, the trend of a large number of investors shifting towards the equity market in hopes of better returns as compared to other investment instruments is also likely to have supported the indices.

The total number of registered investors on BSE had earlier this month reached a landmark of 10 crore. This gives an indication about the confidence of the investors.

Opening of new dematerialised accounts, month-wise, on an average increased seven-fold since FY20. In FY20, average new demat accounts was at 4 lakh per month, which increased to 12 lakh in FY21. In FY22, till the month of November, it rose to around 29 lakh, which is more than seven times as against FY20, SEBI Chairman Ajay Tyagi had said.

Experts believe that internet technology and mobile-based investing platforms are key enablers in the democratisation of the equity market culture among the masses in India.

“The MF industry reached almost Rs 21,000 crore in monthly SIPs, and these funds are now flowing into the Indian capital market. During the last two years, retail participation has increased phenomenally, which is the best thing that has happened since Covid,” Chepa added.

Chepa also said that following the reopening, the government launched a slew of PLI schemes for a variety of industries, assisting local manufacturers in scaling up their operations and boosting mid and small-cap stocks.

“Many investors were looking to sort out their asset allocation plan, and due to the lockdown, they got an opportunity to open investment accounts and invest in equity markets. We believe the financialisation of savings is a long-term sustainable trend, and it will continue to accentuate.”

Ajit Mishra, VP-Research, Religare Broking, said: “The markets witnessed a sharp correction in March, mainly due to the uncertainty around the severity of the Covid pandemic.

“However, as time passed by, more information on the virus and eventually the vaccination calmed investors’ nerves. Also, the continuous support from the government and central bank remained instrumental in leading the recovery.” (IANS)