IndUS Business Journal
Friday, September 30, 2022
Home Finance NASA to get over $24 bn in new US budget bill for... 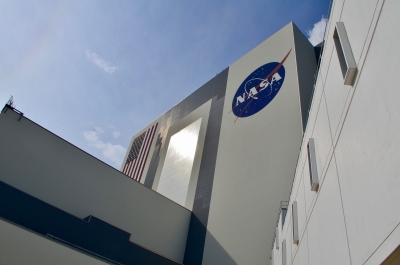 Washington– NASA will get over $24 billion for space missions for fiscal year 2022, if the US Congress is able to pass a newly-devised omnibus spending bill.

The funding package allocates a total of $1.5 trillion throughout the government. The funds are about $760 million less than what US President Joe Biden had requested last year, Space.com reported. In the US, the fiscal year runs from October 1 through September 30.

However, this is still about $700 million more than NASA received in fiscal year 2021.

According to SpaceNews, both science and space technology, has been allocated about $300 million less in the omnibus bill than in the Biden administration’s 2022 budget request.

But the funding for NASA’s Human Landing System (HLS) programme, which is working to put astronauts on the moon by 2026 with the help of SpaceX’s Starship vehicle, stays the same at $1.195 billion.

In May 2021, NASA had made its formal budget request for this fiscal year to Congress.

“The Biden administration is proving that science is back,” NASA Administrator Bill Nelson was quoted as saying then to reporters.

Noting that it was the best budget NASA had ever sought for science programmes, Nelson had said: “This will help NASA address the climate crisis and advance robotic missions to pave the way for humans to explore the Moon and Mars.”

NASA had asked for $7.9 billion for its science programmes, including a host of robotic missions to explore the Solar System, the James Webb Space Telescope, and new Earth Observation missions, Ars Technica reported.

The bill requires the US space agency to submit a report, within 30 days of the bill’s approval, outlining how the agency plans to maintain safety, competition and redundancy in the HLS programme.

Further, the Congress also fully funded the space agency’s request of $101 million for “Commercial LEO Development,” which will support the development of commercial space stations.

This area of the budget may get more scrutiny in coming months, with questions arising about the stability of the International Space Station partnership between NASA and Russia, the report said.

The budget is expected to be passed by President Biden next week. (IANS)

Google services went down in US, server crash blamed