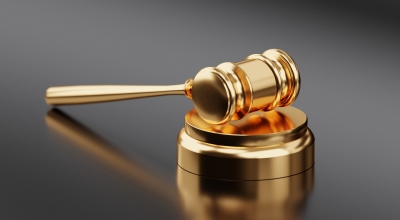 New Delhi– The Supreme Court on Wednesday asked the Enforcement Directorate (ED) to propose steps to bring back home buyers money, amounting to Rs 5,000 crore diverted to tax havens, as revealed in a forensic audit.

At the beginning of the hearing, Additional Solicitor General N. Venkataraman, representing Centre-appointed board of Unitech, submitted before a bench headed by Justice D.Y. Chandrachud that over thousands of crores is outside the country and some money should come back, to be utilised for the purpose of construction. The court should ask ED what progress has been made so far, he added.

Citing the status report, Additional Solicitor General Madhavi Divan, representing the ED, said the book value of assets attached in connection with Carnoustie Group is Rs 328 crore, and their market value is close to around Rs 1,000 crore.

The bench, also comprising Justice M.R. Shah, queried the ED about the amount outside India — Rs 5,000 crore stashed outside as per forensic audit — and what is the strategy of ED or steps it will take to bring it back?

It said that it cannot interfere with the powers of the special Prevention of Money Laundering Act (PMLA) court and due process should be followed by moving an application before the PMLA court, while all it can do is expedite the hearing in these matters.

As the top court was informed that this money diverted to Carnoustie Group belonged to the home buyers, it asked the ED to prepare a list to identify the money which is stashed outside India, including home buyers’ money amounting to Rs 5,000 crore.

The bench told ED’s counsel: “What step is ED taking to bring back this money to Indiaa..what is the way forward?” The bench said it can monitor those proceedings and ensure the process is not delayed, and emphasised these are homebuyers’ funds.

The top court asked the ED to file a status report about steps that could be taken to liquidate the attached properties, for the purpose of utilising it in the construction of stalled projects.

In December 2019, the top court had directed the Centre to take over the management of Unitech by appointing independent directors after a forensic audit revealed that home buyers’ money worth over Rs 5,000 crore had been diverted to tax havens such as Cyprus. The diversion of money affected the completion of at least 74 projects and damaged the interests of nearly 12,000 home buyers. (IANS)