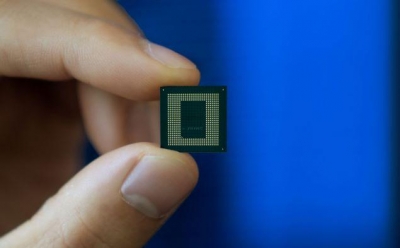 Seoul– US chipmaker Qualcomm was included among Samsung Electronics’ top five clients in the first quarter, a document showed on Tuesday, largely due to chip contract manufacturing.

Qualcomm made it into the list for the first time, replacing Verizon, reports Yonhap news agency.

The U.S. company, however, is said to have switched to TSMC, Samsung’s biggest foundry rival, for its latest processor, Snapdraon 8 Gen 1 Plus, which is widely expected to make its debut this Friday.

The move stoked market speculations that the alleged issues concerning Samsung’s chip yields, or defect rates, might have led Qualcomm to use TSMC’s 4-nm node instead.

According to industry tracker TrendForce, TSMC took up 52.1 percent of the global foundry market, followed by Samsung with 18.3 percent, in the fourth quarter of last year.

During an earnings call last month, Samsung moved to assure investors that the demand from its key customers “is above our capacity” and “very solid.”

Samsung said its foundry business achieved its highest quarterly sales in the January-March period, on solid demand from all applications and improved yields of the advanced processes.

“We have entered into long-term contracts with our key customers … And through this, we are able to gain comfort in terms of stable fab operations and supply stability,” Kang Moon-soo, senior vice president and head of Samsung’s foundry market and strategy team, said during the call.

“If you look at our order book for the next five-year period, the (total) orders are around eight times our previous year’s revenue,” he added.

While Samsung officials said they could not comment on the matter linked to its clients, the move is in line with the industry-wide trend to charge more for chip manufacturing amid high inflation and rising raw material costs.