IndUS Business Journal
Thursday, May 19, 2022
Home Business Uber CEO to treat hiring as a ‘privilege’ and be ‘hardcore’ about... 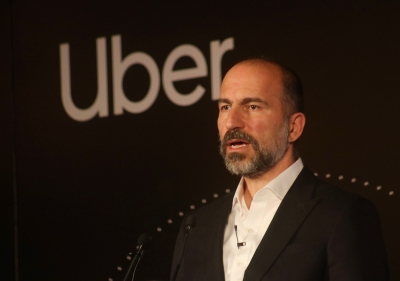 San Francisco– Facing difficulties in finding drivers amid a ‘seismic shift’ in the financial market, Uber CEO Dara Khosrowshahi has told employees that the ride-hailing platform is slowing down hiring and will treat corporate hiring as a “privilege”.

In a memo to employees, Khosrowshahi said that the hurdle rate for Uber’s investments has gotten higher, and “that means that some initiatives that require substantial capital will be slowed”.

“The least efficient marketing and incentive spend will be pulled back. We will treat hiring as a privilege and be deliberate about when and where we add headcount. We will be even more hardcore about costs across the board,” he said.

It means Uber may freeze or reduce its staff numbers as it aims to become a leaner company.

“After earnings, I spent several days meeting investors in New York and Boston. It’s clear that the market is experiencing a seismic shift and we need to react accordingly,” said the Uber CEO.

An Uber spokesperson confirmed the authenticity of the memo but declined to comment on its contents, reports The Verge.

“Uber will now focus on achieving profitability on a free cash flow basis rather than adjusted EBITDA”, Khosrowshahi added.

“I’ve never been more certain that we will win. But it’s going to demand the best of our DNA: hustle, grit, and category-defining innovation. In some places we’ll have to pull back to sprint ahead. We will absolutely have to do more with less,” the Uber CEO told employees. (IANS)

Stuck in India, Musk’s Starlink gets license to operate in Brazil