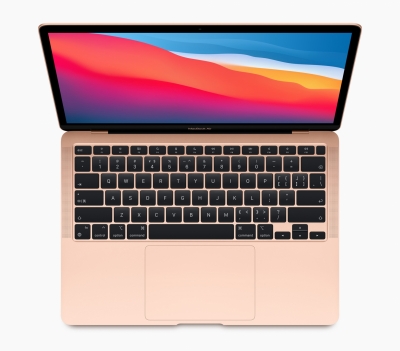 San Francisco– Apple has agreed to pay $50 million to settle the lawsuit over flawed “butterfly” keyboards in MacBooks in the US.

A group of MacBook users in 2018 had filed a class-action lawsuit against Apple for the controversial butterfly keyboards, alleging that the new design failed when even tiny particles of dust accumulated around the switches.

They alleged that the company concealed the fact that its butterfly keys were prone to failure.

The lawsuit covered those who purchased an Apple MacBook with a butterfly keyboard in seven states: California, New York, Florida, Illinois, New Jersey, Washington, and Michigan.

Law firms Girard Sharp LLP and Chimicles Schwartz Kriner and Donaldson-Smith LLP can claim up to $15 million from the $50 million windfall to cover legal fees.

The plaintiffs, however, argued that all butterfly keyboards may have the same fundamental problems due to their shallow design and narrow gaps between keys.

Apple later launched a new MacBook Pro series with Magic Keyboard, which is now available across Apple’s laptop lineup, touted as the “the best typing experience ever on a Mac notebook.”

RBI to conduct OMOs worth Rs 10K cr on March 25