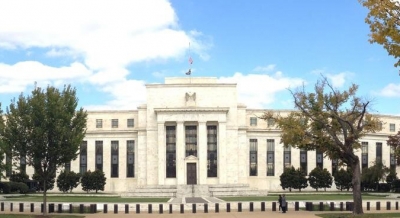 New Delhi— The US Federal Reserve has already hiked interest rates by 150 bps in 2022 and is expected to raise rates by another 200 bps during the remaining months of 2022.

Cumulatively, this would be tantamount to about 350 bps rate hike during 2022, making it the most aggressive rate hike cycle, Acuite Ratings said in a report.

While the INR has depreciated by 7.3 per cent against the dollar in 2022 so far, interestingly, the rupee has appreciated against many other DM currencies during the same period such as the euro, GBP, and the yen.

Acuite believes that the INR may stabilise in the band Rs 79-81 by March 2023 with the expected moderation in commodity and crude oil prices and the prospects of some reversal of the sharp capital outflows seen over the last six months.

With the likely moderation in commodity prices and a potential reversal of the large capital outflows, any sharp decline from the current levels of 80/USD is unlikely.

The dollar index has appreciated by nearly 10 per cent since the start of 2022 with a combination of high inflation in US and global risk aversion driving the demand for the world’s primary reserve currency.

The Fed has also begun quantitative tightening (QT) which will intensify the impact of monetary policy normalization and provide a supplementary tailwind to the USD, Acuite Ratings said.

The extraordinary accommodative policies rolled out during the pandemic by the developed economies (DMs) along with the lingering supply chain bottlenecks, these economies have been facing higher inflationary pressures than the emerging economies (EM), leading to many hard currencies such as the Yen, GBP, and EUR to depreciate significantly against the dollar. (IANS)

Twitter imposes new limits on political figures before US polls