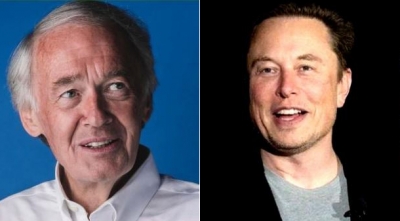 San Francisco— US Senator Ed Markey, who warned Elon Musk for mocking him on Twitter, has again slammed the new Twitter owner, saying he could respond to my tweets but failed to respond to his letter as deadline passed.

In the letter to Musk, Markey (Democrat from Massachusetts) had warned Musk to “fix your companies, or Congress will”.

“@elonmusk could respond to my tweets but failed to respond to my letter by yesterday’s deadline and answer basic questions about Twitter verification,” posted in a fresh tweet .

“Congress must end the era of failed Big Tech self-regulation and pass laws that put user safety over the whims of billionaires,” he added.

Earlier this month, Musk had mocked Markey after the latter wrote a letter to the new Twitter CEO, slamming him for launching the $8 Blue service with verification.

In his letter, the Democrat said: “A Washington Post reporter easily created a fake Twitter account in my name, and by paying $8 was also able to obtain Twitter’s blue checkmark, signifying that Twitter had ‘verified’ the account was indeed that of a sitting US Senator.”

Replying to the Senator, Musk said: “Perhaps it is because your real account sounds like a parody?”

About an hour later, the world’s richest man tweeted again, asking “And why does your pp (profile picture) have a mask?” in reference to the Senator’s Twitter profile photo, which shows him wearing a face covering. (IANS)