New Delhi- The Ministry of Finance on Tuesday announced the much-awaited capital infusion of Rs 22,915 crore towards the recapitalisation of 13 public sector banks during 2016-17.

The largest amount of Rs 7,575 crore was earmarked for the country’s largest lender, the State Bank of India.

“In line with the announcements made under ‘Indradhanush’ and the Union Budget, the government has undertaken an exercise to assess the capitalisation needs of public sector banks during 2016-17,” a ministry statement said.

“The capital infusion exercise for the current year is based on an assessment of need as calculated from the compounded annual growth rate of credit for the last five years, banks’ projections of credit growth and an objective assessment of the growth potential of each public sector bank.”

Following this assessment, 75 per cent of the amount collected for each bank is being released now to provide liquidity support for lending operations as also to enable banks to raise funds from the market.

The remaining amount, to be released later, is linked to performance, with particular reference to greater efficiency, growth of both credit and deposits and reduction in the cost of operations, the ministry said.

The ‘Indradhanush’ scheme was announced on the eve of the Independence Day in 2015, covering seven areas — appointments, setting up of a Bank Board Bureau, capitalisation of banks, de-stressing their assets, empowerment, accountability and governance reforms.

The preparations for the first tranche of capital infusion for this fiscal began soon after the state-run banks made presentations to the Finance Ministry on their balance sheets, especially the extent of stressed assets and measures being taken to recover them, officials said.

In his Budget speech this year, Finance Minister Arun Jaitley said that while the problem of stressed assets and bad loans was a “legacy of the past”, the structural issues were already being addressed.

This was because a large portion of bad and doubtful debts were on account of the stress in sectors like power, coal, highways, sugar and steel. He, accordingly, promised adequate infusion of funds.

“To support the banks in these efforts as well as to support credit growth, I have proposed an allocation of Rs 25,000 crore in 2016-17 towards recapitalisation of public sector banks,” Jaitley said.

“If additional capital is required by these banks, we will find the resources for doing so,” he added. “We stand solidly behind these banks.”

In fact, in anticipation of such capital infusion, as also because of the steps being taken by the banks to tackle the debt issue, banking stocks have been on the rise in recent weeks.

Since June 1, the banking index of the Bombay Stock Exchange, in fact, has risen nearly 10 per cent. Some stocks, like those of Punjab National Bank, have flared up by over 50 per cent during the period. 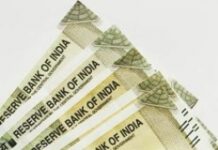