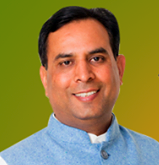 “Every employee would be confirmed on the post of his first posting subject to satisfactory completion of probation period, irrespective of the fact whether the permanent post is available or not,” Haryana Finance Minister Abhimanyu said on Friday regarding the new rules.

“Paternity leave would be admissible to the male government employees with less than two surviving children during the confinement of his wife or on valid adoption of a child of less than one year of age,” the minister said.

As per the new rules, the number of days of hospital leave admissible to Group D or Group C employees, whose duties are to handle the dangerous machinery or explosive material, has been changed from 120 to 730 days on the central pattern.

All employees would be entitled to avail withdrawal from GPF (General Provident Fund) for purchase of motor car irrespective of their pay. The amount of GPF withdrawal for second house has been enhanced from 50 per cent to 75 per cent of the balance amount, the minister said.

“Only a legally married woman would be considered as wife of a dead government employee. Divorce declared by panchayats or social organisations would not be accepted as legal divorce. Eligible children include children adopted legally, widow or divorced daughter,” the minister said in context of pensionary benefits.

Haryana, which is going to celebrate the golden jubilee of its creation on November 1 this year, used to, so far, follow the Punjab Civil Services Rules. (IANS)