New Delhi–Despite reports claiming that a Start-up Deadpool is an Indian reality, with as many as 800 new tech ventures closing shop or on death row in the past 3-4 years, the government contends it is only a lean phase and far from a bust.

“I don’t see any bust or any such thing. Start-ups are in various fields, like healthcare, etc. Maybe the dotcom phase is not doing well right now. There is no bust, only a lean phase,” Department of Industrial Policy and Promotion Joint Secretary Shailendra Singh told IANS.

Data analytics firm Tracxn Technologies had recently compiled a list of close to 800 technology start-ups founded post-2011 that have failed or are shutting operations.

The list is similar to the one created by a website called F**ked Company after the internet bust of the early 2000s. The site itself was a take-off on a magazine called Fast Company and compiled a list of dotcom failures that came to be known as the Dotcom Deadpool.

On the Tracxn list — what could be called a Start-up Deadpool — for example, is online grocery store PepperTap, with $51.2-million funding, which has confirmed it is shutting down core operations, while start-ups like BeStylish, a fashion accessory online store, with $10 million funding, is already down and out.

Talking about the likely reason for the failure of these start-ups, he said it could be their inability to scale up during a global slowdown.

“All start-ups need to be scaled up. In the global slowdown — seeing the grim market situation — the scaling up is not possible. But it is not a cause of worry as these are cyclical changes. But it (failure of 800 start-ups) is only a small story,” he said.

Tracxn, the Bengaluru-based firm, also says that the failure to scale up is one of the likely reasons for the shutdowns, as in the case of e-commerce and food technology start-ups that face a surge in digital marketing expenses due to increased competition.

“But they (the start-ups) failed to scale up due to standardisation or funding issues. Bigger players like Flipkart, PayTM, Snapdeal offer a better variety and price due to their scales and the amount of funding,” a Tracxn spokesperson told IANS.

“Replicating the foreign model without indigenisation, focusing on customer acquisition without becoming self-sustainable and ‘me-too’ syndrome of copying a popular format has led to many failures of startups,” says Amit Jindal, Partner, Felix Advisory.

“The Start-up Deadpool though is a reality but not a cause of worry,” added Nikhil Donde, Managing Director of consultancy firm Protiviti India.

“Experiementation and innovativeness are the keys to success for any start-up. The start-ups which failed (did so) either due to lack of funding, faulty business model or were mistimed against the market demand,” Donde told IANS.

On being asked if funding could be one of the reasons of failure, Industry Ministry’s Singh said, “No, funding is not an issue. Funds are constantly coming in through angel funding and venture funding. Government is also making available about Rs 2,500 crore funds every year for start-ups. In fact, it will be difficult for start-ups to absorb all the funds.”

According to research firm Preqin, $8.9 billion investments in 2015 were made in India via venture funds. But so far in 2016, only $3.2 billion has been invested in start-ups by venture capitalists.

Overall, it looks healthy for the eco-system because more number of companies are getting launching capital, but with more later-stage investors being cautious, it is forcing companies to rethink about getting their economics right early on in a more sustainable manner, she said.

Confident that the Indian start-ups story is still intact, Singh said: “We are regularly interacting with start-ups. There is a big boost to start-ups. We have to provide the right ecosystem for the start-ups, a common platform and hand-holding.”

The silver lining for the failed start-up teams is that corporates are looking at hiring of experienced entrepreneurial teams.

“Most founders of deadpooled companies have people with strong hands-on experience in knowing what works and doesn’t in a practice area or market. Failure is no longer a taboo, and the entrepreneurial mindset is highly valued among investors and corporates,” Tracxn said. (IANS) 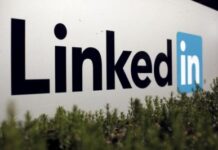 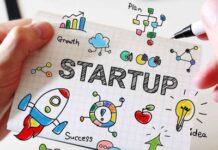