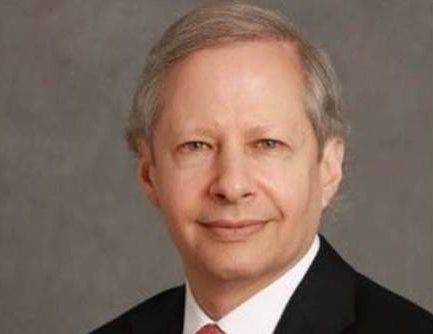 New Delhi– With Kenneth Juster being named as the new US Ambassador to India, US businesses are expecting that bilateral commercial ties will grow with him in that position, according to a senior office-bearer of a US-India business body.

“We are very optimistic, we are grateful that he accepted the job. It’s maybe the position that business has with his appointment because he understands business,” Edward Monser, Vice-President of the US-India Strategic Partnership Forum (USISPF), told IANS in an interview here.

“We have worked with him before. He has had relationships with all of us in the executive council of the US-India Strategic Partnership Forum,” Monser, who is also the President and COO of Emerson Electric and is here for an energy forum, said.

“So, we know him well. We trust him. Most importantly, he doesn’t wait for things to become a problem. He is proactive, he reaches out to both sides. He makes sure people understand and he communicates very well.”

Juster succeeds Richard Verma, who left after Donald Trump was sworn in as US President in January this year.

Juster has served as the Deputy Assistant to the President for International Economic Affairs under Trump and was also the Under Secretary of Commerce for Industry and Security under former President George W. Bush.

He is expected to take up office towards the end of this month or in the beginning of November.

Stating that most proactive ambassadors know, understand and promote business development as well as good diplomatic dialogue, Monser said that “India and the US will get along better if our commercial relationships are stronger”.

He is of the view that there is now an opportunity to balance trade between India and the US.

“The dialogue around how to balance it and where there are opportunities to balance the trade I think are productive,” he stated. “The new Ambassador will be able to help with that.”

Monser said that the areas of advanced agriculture, defence and and energy “are really good opportunities to close the gap”.

“By closing the trade gap I think you will see benefit more clearly on both sides.”

Combined India-US trade stands at $124 billion but Monser is of the view that “we can realise the potential and go to $500 billion”.

“We see a path there that could be shared and benefit India and benefit the US,” he said.

On the role of the newly-formed USISPF, he said that that the “old structure” kept businesses from both sides from going to the new business models that are most important.

“So the best thing to do was to start all over again. Start anew, again with very experienced people, people that have solved problems in the US and India for some time,” Monser said.

“I think we will always have a challenge to make sure that we have the number of engineers and scientists we need,” Monser said.

“But that’s not the major issue. The bulk of the population, more than 50 per cent of the jobs are what I would call technical for which you don’t need an engineering degree but you have to have training and knowledge to work in a digital economy.” (IANS)

Trump says he has ‘great’ relations with Modi, India will cut tariff