New Delhi– Union Civil Aviation Minister Hardeep Singh Puri on Sunday said that the government will take a decision on resuming commercial international flights only after other countries ease their restrictions on entry of foreign nationals and allow incoming flights.

In a tweet, Puri said: “A decision to resume regular international operations will be taken as soon as countries ease restrictions on entry of foreign nationals. Destination countries have to be ready to allow incoming flights.”

In a series of tweets, the minister also said that due to increasing demand for resumption of scheduled international flights by people who want to travel abroad due to compelling reasons, he reviewed the state of international flight operations around the world, but globally, the situation is far from normal.

Puri, who is overseeing the massive Vande Bharat Mission (VBM) to evacuate Indians stranded abroad, tweeted: “We have let outbound passengers on VBM flights to fly to countries which allow them entry. More than 13500 people have flown out of India.”

“@airindiain (Air India) has sold another 22000 tickets for flights to US & Canada yesterday (5-6 June). Bookings for Europe & other places will open soon,” he added.

Potentially, these many eligible people will return to India as well, Puri said, adding that the government is adding more flights to the Vande Bharat Mission.

Another 1 lakh passengers flew out of India and around 38,000 inbound Indian citizens returned on around 640 chartered flights. More such flights are being given permissions.

Further, national carrier Air India in a tweet said that Indian citizens and OCI card holders who wish to travel on evacuation flights departing from US and Canada can book their tickets through the Air India website for flights departing from these two countries on or after June 11. It also said that the applicants should be registered with the local embassy or the high commission. (IANS) 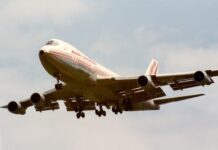