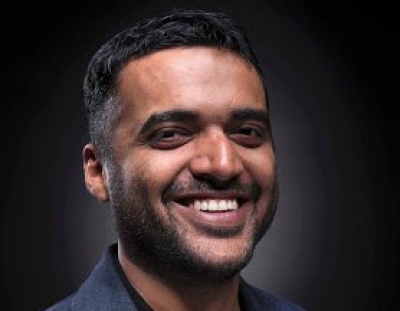 New Delhi– After facing the flak for being the worst performing digital platform in the Fairwork India Ratings for app-based workers, Zomato CEO Deepinder Goyal has taken the full responsibility for such an abysmal performance, saying the company will try its best to improve the working conditions to perform better next year.

According to the Fairwork survey, Zomato, along with rival platform Swiggy and cab-hailing app Uber, ranked the lowest this year, scoring only 1 out of 10 points. The report examineed working conditions of app-based workers and focused on five principles of fair platform work: Fair pay, fair conditions, fair contracts, fair management and fair representation.

“Zomato ranked at the bottom of 2020 Fairwork India scores. We knew we had things to work on, but we didn’t know that there is so much room for improvement,” Goyal said in a tweet.

“All of us here at @zomato take full responsibility for our abysmal scores in this area, and we will leave no stone unturned to perform better in these rankings next year,” he added.

The companies are ranked on a scale of 10, with each aspect holding two points.

“While the Covid-19 pandemic has brought to prominence the precarious livelihoods of all workers (platform or otherwise), this report shows that the pandemic has only exacerbated a precarity already endemic to platform work,” according to the Fairwork survey findings.

Goyal further said: “I thank Fairwork for being a credible mirror for the entire ecosystem. Your work has hit the right spot.”

Overall, the Fairwork report found that there is nothing inevitable about the working conditions in the platform economy, with some platforms displaying greater concern for workers’ needs than others.

“More specifically, a number of platforms struggled to evidence that all their workers earned above local minimum wages after accounting for costs incurred by workers,” it said in a statement.

The report also pointed towards the lack of clarity in the employment status of workers.

“Workers were often unaware of signing (or digitally accepting) the terms of service laid out by platforms, nor were they explained these during onboarding.”

In the second year of this study in India, eleven platforms, from sectors such as domestic and personal care services, logistics, food delivery, and transportation, were assessed.

“We hope that platforms, workers, regulators and consumers, will use the Fairwork framework and ratings to imagine, and realize, a fairer platform economy in India,” said the Fairwork India team.

Fairwork is an organisation that looks at highlighting best practices and worst practices in the platform economy. (IANS)

What Urjit Patel’s appointment could mean for RBI rate cuts