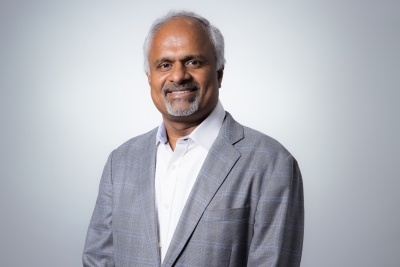 Prior to this role, he was CTO of Cloud Architecture at VMware.

His appointment follows the retirement of Bruce Davie, former Vice President and Chief Technology Officer for Asia Pacific and Japan from VMware.

“Guru is a seasoned industry leader who has driven large scale innovation and expanded our CXO engagement in Asia Pacific and Japan. I am delighted to have him in the role of CTO for APJ as we drive customer and partner engagement in the region and help enterprises transform with modern applications, cloud, digital workspace and security,” Greg Lavender, CTO, VMware, said in a statement.

Venkatachalam leads VMware’s efforts in Asia Pacific and Japan to build trusted partnerships with customers and partners and deliver solutions aligned to their strategic priorities.

He will also play an integral role in the further developing the company’s cloud, app modernisation, networking, security, and digital workspace platforms.

Venkatachalam brings to the new role over 28 years of experience in IT.

“Companies have quickly adapted to new ways of working, innovating, and delivering digital transformation. Now, they are increasingly expected to do these things at speed and at scale, while still managing investment risk,” Venkatachalam said on his appointment. (IANS)