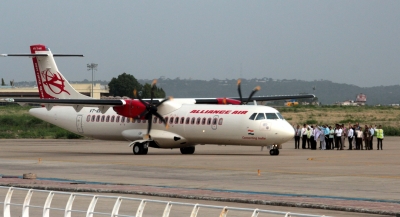 New Delhi– After braving the onslaught of the Covid-19 pandemic — Alliance Air — has set its sight on the Northeast region for further expansion.

In a conversation with IANS, the airline’s Chief Executive, Harpreet A De Singh, said the next phase of the airline’s expansion depends on regulatory approvals for the new airports in the Northeast.

“We are looking at enhancing connectivity to the Northeast now. Special emphasis is on the routes to Arunachal Pradesh. The planning, hiring of pilots from defence forces on deputation and induction of new aircraft in the fleet are being carried out,” Singh told IANS.

Lately, the airline launched services to new destinations and resumed old ones, which had to be suspended due to the Covid-induced lockdown.

Accordingly, the regional subsidiary of the Air India Group recommenced services to the destinations it had won under the UDAN regional connectivity scheme and started new ones on pure commercial considerations.

At present, the airline is operating services to 46 destinations.

Besides, the airline, which possesses only 18 turbo-prop aircraft, has witnessed a steady rise in load factor as passengers made their way from metros to Tier-II and Tier-III cities in the aftermath of the lockdown.

According to Singh, the pandemic has had a devastating impact on the sector, but now a gradual recovery is taking place.

Presently, the Centre has imposed an airfare cap which mandates a lower and upper limit for ticket prices. These fare bands came into force with effect from May 21, 2020. Under the fare structure, air routes are divided into seven sections based on travel time. Furthermore, the airlines can operate up to 80 per cent of their pre-Covid flight capacity.

“It is a massive technical operation to induct these aircraft as they are necessary for operational expansion to the northeast. We expect to receive the first of the Dornier aircraft by the first quarter of FY22,” she said.

The airline will induct two 19-seater ‘Made in India’ Dornier 228 aircraft under a memorandum of understanding it has entered with HAL.

Currently, the regional subsidiary of Air India operates a fleet of 18 ATR aircraft, and flies to 46 destinations with 65 flight departures per day. (IANS)