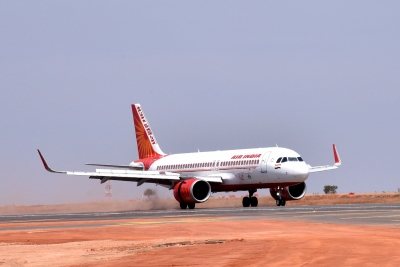 Talace quoted an enterprise value of Rs 18,000 crore for 100 per cent equity shareholding of the Centre in Air India along with that of Air India Express and AISATS.

The bid was higher than the consortium led by industrialist Ajay Singh. The consortium had quoted an EV of Rs 15,100 crore.

On its part, the Centre had stipulated a reserve price of Rs 12,906 crore.

There were only two bidders in the final stage of divestment.

Conglomerate Tata Sons was touted to be the front-runner to get hold of the carrier.

Based on the bid results, the Centre will enter into a share purchase agreement (SPA) with Talace by December-end.

The decision to enter into the SPA with the Tatas was taken by the empowered Air India Specific Alternative Mechanism, it was announced here by Divestment Secretary Tuhin Kanta Pandey.

“The next step will be to issue the Letter of Intent (LoI) and then sign the Share Purchase Agreement following which, the conditions precedent would need to be satisfied by the successful bidder, the company and Government,” an official communique said.

“It is expected that the transaction will be completed by December 2021.”

Besides, under the SPA, the jobs of Air India’s employees will be safeguarded for one year.

At present, Air India has a total strength of 12,085 employees, which includes 8,084 permanent ones.

According to Civil Aviation Secretary Rajeev Bansal, no employee will be removed for one year.

In the second year, if an employee has to be removed, then a VRS option will be provided.

Additionally, employees will be provided gratuity and provident fund benefits.

Post-retirement medical benefits to employees will be provided.

“The Tata Group winning the bid for Air India is great news! While admittedly it will take considerable effort to rebuild Air India, it will hopefully provide a very strong market opportunity to the Tata Group’s presence in the aviation industry,” he said.

“I would also like to congratulate the Government on the successful disinvestment of Air India. They ran a transparent and flexible process and gave new impetus to India’s disinvestment program.” (IANS)