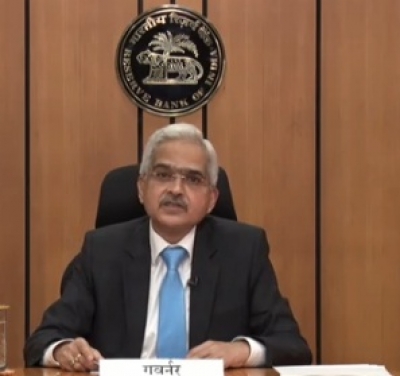 Speaking at the eighth SBI Banking & Economics Conclave, he said: “There are signs that consumption demand triggered by the festive season is making a strong comeback.”

“This would encourage firms to expand capacity and boost employment and investment amidst congenial financial conditions.”

According to Das, the recent cut in excise duty on petrol and diesel by the Centre and in value-added tax (VAT) by several state governments will augment purchasing power of people, which in turn, will create space for additional consumption.

Besides, he said that while it is “heartening to note” that the economy is gradually getting back on its feet after a devastating second wave, recovery has progressed in an uneven manner.

“Contact-intensive services are still to regain the lost capacity despite rapid improvement in the recent period. The Q1: 2021-22 data on GDP revealed that there still exists significant gap in both private consumption and investment, relative to their pre-pandemic levels in 2019-20.”

“So, while the economy is picking up pace, it is yet to cover a lot of ground before it gets broad-based and entrenched. This points to the need for sustained impetus so that growth could return to, or better still, exceed the pre-pandemic trend.”

Furthermore, he said India has potential to grow at a reasonably high pace in the post-pandemic scenario.

“Several factors are stacked in India’s favour. First, India as an emerging market and developing economy has significant potential to catch up with the rest of the world supported by favourable demographics, improving skill base and strong domestic demand.”

“Second, the Government is providing necessary support – especially through capital expenditure and reforms in various sectors like infrastructure, manufacturing and telecom, apart from other institutional changes to boost productivity, ease supply constraints and improve business environment.”

“Third, the pandemic has opened new opportunities of growth in digital and green technology and also on account of resetting of global supply chains that could be advantageous to India. Fourth, exports have been a bright spot during the recent months and are likely to benefit further from global economic recovery.”

In the presence of such enabling conditions and supportive policies, he said that India has a unique opportunity to step up growth and emerge from the pandemic. (IANS)