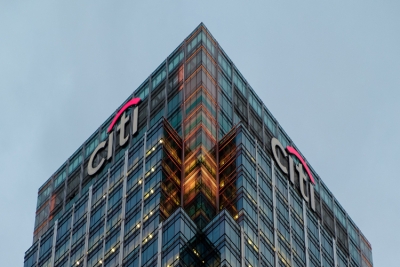 New York– Much of the “extraordinary valuations” in markets are riding on liquidity flows from central banks and not necessarily being driven by fundamentals, Citibank’s global markets strategist told IANS during a briefing on the bank’s 2022 outlook.

“This has shown up in the extraordinary valuations that we’ve had in things like the tech sector – and yes, some of that is due to corporate profitsa”, Matt King, global markets strategist at Citi Research, told reporters.

Pointing to a decade of research, King said all of his “favourite” fundamental relationships have broken down.

“What has taken over is basically QE (quantitative easing).”

Central bank liquidity and QE, King said, have explained markets better than any other toolkit.

Within that framework, King said markets remain “vulnerable” as the US Federal Reserve is forced towards quantitative tightening.

The Fed signaled last week that it will begin a string of interest-rate hikes in March to combat stubbornly high inflation.

Risk assets in particular are on shaky ground in the unfolding scenario, according to King.

Taking a broader view of the worsening inflation in the US, King talked about the “odd world” that’s been created where everyone can afford a loaf of bread but asset prices are overheated and unaffordable, leading to inequality and political polarisation.

“At least with hindsight I think you can make a case that maybe they (government) contributed more to asset price bubbles in the previous decades than they themselves would like to recognise,” King said.

When interest rates do rise – and that’s on the horizon in the US, what’s Citi’s take on the clamor to buy the dip if markets trend downwards?

“If you believe that it’s all about the level of stimulus and it’s about markets following fundamentals, and you think there’s too much liquidity in markets – and that’s where most of the Citi house view is – then actually you’re still probably bullish.”

King himself is bracing for a correction. It will be very difficult, he said, to slam the brakes on the liquidity without a correction in markets.

King said he is much more worried about a “2018-style correction”. (IANS)