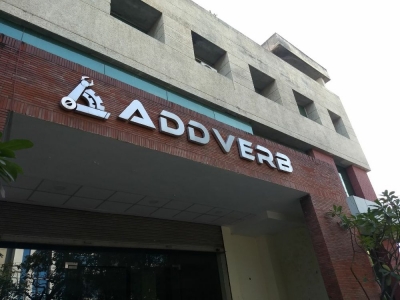 New Delhi– Leading homegrown robotics company Addverb Technologies on Tuesday announced expansion plans for the US market, with appointing Mark Messina as CEO for its US operations.

The expansion comes on the heels of Reliance Industries Ltd (RIL) investing up to $132 million in the company to enable Addverb set up the biggest robotic manufacturing facility at a single location.

Messina, who has worked with organisations like Philips, Amazon Robotics and others, will be assisted by Luke Lee, who joined as Head of Marketing-Americas, the company said in a statement.

“So far, we have witnessed a strong appetite for robotic solutions in every international market we have ventured into. We expect a similar response from the US that caters to the world’s largest consumer market,” said Sangeet Kumar, CEO, Addverb Technologies.

The company will also participate in MODEX, a premier supply chain event, in Atlanta, Georgia, from March 28-31.

With a corporate office in Texas, Addverb plans to set up an experience centre in San Diego.

“By designing and manufacturing our own hardware and software, Addverb has been able to design and deliver some very innovative, efficient, and flexible solutions for customers across different industries and geographies,” said Messina.

Prior to RIL’s investment, Addverb raised around $11 million in Series A and Pre-Series funding, led by Jalaj Dani, co-promoter of Asian Paints, taking its total funding close to $143 million since its inception in 2016.

Addverb Technologies is based in Noida. It has developed highly automated warehouses for brands such as Reliance, Flipkart, HUL, Asian Paints, Coca-Cola, Pepsi, ITC, Marico and others.

Addverb has a capacity to manufacture a variety of 10,000 robots of various kinds at its manufacturing facility in Noida that was inaugurated by Niti Aayog CEO Amitabh Kant in March last year. (IANS)