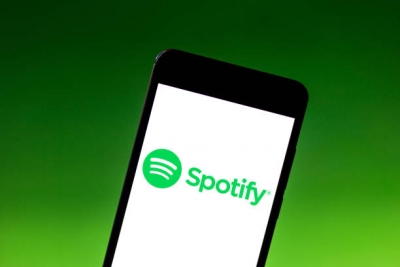 New Delhi– Swedish music streaming service Spotify on Wednesday said its premium subscribers jumped 15 per cent (on-year) to reach 182 million in the first quarter (Q1) of 2022, up from 180 million in the previous quarter, despite the Joe Rogan controversy involving Covid misinformation on his podcast.

The company said its monthly active users (MAUs) went up 19 per cent year-on-year to 422 million — up from 406 million last quarter and above its guidance by 4 million.

“We delivered another strong quarter building on momentum from 2021. Grateful for the tireless work of the @Spotify team on behalf of creators and listeners around the world,” tweeted Daniel Ek, CEO of Spotify.

The growth in premium subscriber base was “slightly below our guidance,” said Spotify in a statement, after “excluding the involuntary churn of approximately 1.5 million subscribers as a result of our exit from Russia” in the wake of Ukraine invasion.

“The business benefited from outperformance in Latin America and Rest of World, led by Indonesia, Brazil, and Mexico. MAU growth was particularly strong in our Gen Z audience,” said the company.

During Q1, Spotify entered into a multi-year agreement with Google for ‘User Choice Billing’, bringing Android users greater flexibility in payment choice and enabling a frictionless user experience for all in-app transactions.

“We anticipate this new offering to launch later this year. Users who have downloaded Spotify from the Google Play Store will be presented with a choice to pay either with Spotify’s payment system or with Google Play Billing for the very first time,” said the company.

It also announced a data access programme with Airtel, whereby Airtel is offering all Spotify customers complimentary connectivity to Spotify in Nigeria.

Spotify announced to suspend its services in Russia at March-end, a few days before the end of the quarter. (IANS)