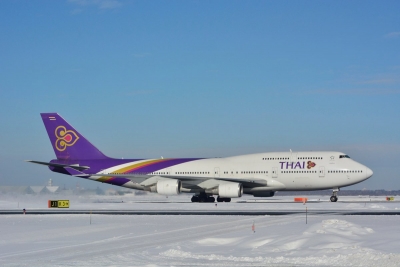 Hyderabad— The Thai government has decided to resume Thai Airways’ operations in Telangana to pre-Covid level from October 30.

The Federation of Telangana Chambers of Commerce and Industry (FTCCI) had represented to the Thai government in the month of April to resume passenger and cargo operations which were suspended during Covid .

Anil Agarwal, president FTCCI, said: “Prior to the Covid-19 pandemic, the daily Thai Airways flight link between Hyderabad and Bangkok was operated by a wide-body Boeing B777-200 aircraft which offered ample capacity of over 300 seats, including 30 business class seats and over 15 metric tonnes of commercial cargo in addition to passenger baggage.”

Telangana which houses many MNCs and is home to numerous industries and businesses is engaged actively in trade with Thailand and other nearby regions.

Telangana and surrounding regions are a massive source of tourist traffic into Thailand, which was primarily routed through Hyderabad Airport using a popular Hyderabad – Bangkok flight service operated by Thai Airways over the years which operated 7 days a week.

Nitirooge Phoneprasert, Consul-General Royal Thai Consulate -General, Chennai, said: “It is a welcoming news that Thai Airways has finally decided to resume its flight operation between Hyderabad and Bangkok after an absence of more than two years. This will help boost the tourism and people-to-people connection between Thailand and Telangana.” (IANS)