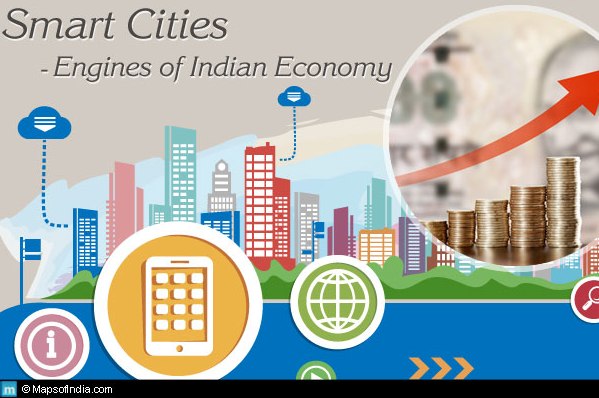 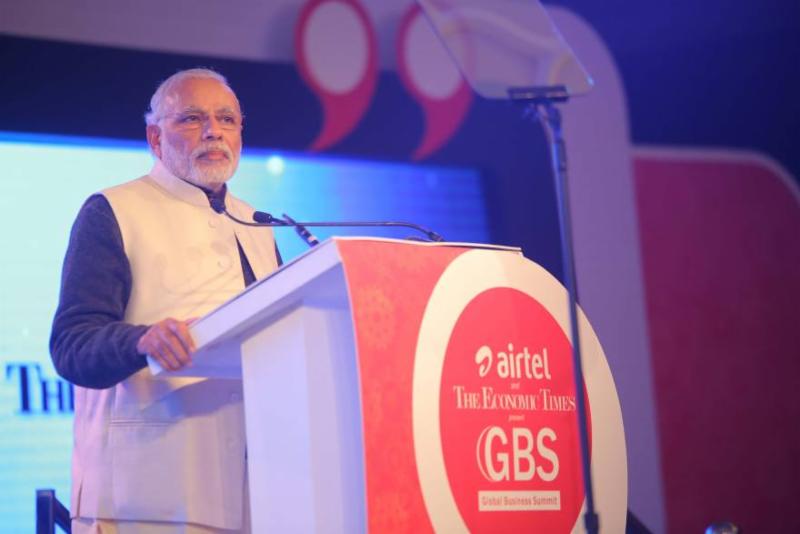 PM Modi: My Goal is ‘Reform to Transform’
Prime Minister Modi spelled out his elaborate vision for India at The Economic Times Global Business Summit held in New Delhi. Listing the many successes of his Government, he said he will continue to strive and give more opportunities to all Indians. His motto, he said, is to transform the life of every Indian through reforms.

Infosys, TCS Invest in Obama’s ‘Computer Science for All’ Plan
India’s top software companies, Infosys and Tata Consultancy Services, have joined Google and Salesforce to support President Obama’s just announced $4 billion “Computer Science for All” initiative that aims to dramatically increase the number of children with access to computer science training in the U.S. and build a more technologically advanced nation.

Apple CEO Tim: Indian Smartphone Market is Great
Tim Cook is betting on India for the long term. Apple is hoping that the country’s younger population thirst for top-of-the-line consumer products and economic growth prospects will help pick up the slack as other markets falter. In its first-quarter earnings call, CEO Cook said Apple will continue to invest in India despite the global slowdown and currency fluctuations.

India Becomes World’s Largest Exporter of Rice
In data released by the Thai Rice Exporters Association, India has beaten Thailand to become the largest exporter of rice in the world. According to the reports, India exported 10.2 million tons of rice in 2015 as compared to Thailand’s 9.8 million tons.

Hollywood Revenue in India Jumps 92%
Total Indian revenue for Hollywood films, according to trade magazine Box Office India, rose by more than 92% in 2015. Nearly one-quarter of the revenue for the year came from one movie-Vin Diesel’s action thriller “Fast and Furious 7,” which grossed $15 million in India.

Ford Mustang To Debut in India in 2016
Ford plans to launch its iconic Mustang sports car in India in the second quarter of this year. The company currently sells models such as EcoSport and Endeavour in the country. “First time in 50 years we have right-handed Mustang,” said Ford India Managing Director and President Nigel Harris. 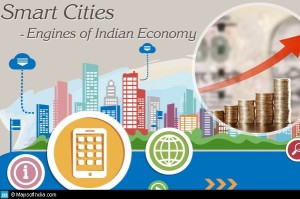 First 20 Smart Cities Revealed
The Government announced the first 20 Smart Cities, which include five capital cities, to be developed as Smart Cities. Bhubaneswar in Odisha topped the city challenge competition. The Government has also offered a fast-track window for the next rejected 23 cities based on their ranks to upgrade their proposals and submit them by April 15 for re-evaluation.

Govt. OKs Setting Up Over 5000MW of Grid-Connected Solar Projects
The Cabinet has given its approval for setting up more than 5,000 MW of grid-connected solar PV power projects on a build, own and operate basis. The total investment is about $4.4 billion. This would generate about 30,000 new jobs and reduce 8.5 million tons of CO2 emissions every year.

Govt. Reduces Documentation for Import-Export Code
To facilitate ease of doing business and lessen paperwork, the Commerce Ministry has decided to reduce the number of mandatory documents for taking import-export code to two. Earlier, several documents were required to get the code number.

CBDT: 100 Transfer Pricing Disputes with U.S. Resolved
The Central Board of Direct Taxes (CBDT) has said it has resolved as many as 100 transfer pricing disputes with the U.S., which will lead to an environment of “tax certainty and encourage MNCs” to do business in India. The resolution of such issues, the CBDT said further, follows the framework agreement signed with U.S. revenue authorities in January last year.

Competition Commission OKs Marriott-Starwood Deal
The Competition Commission of India has given its nod for acquisition of Starwood Hotels and Resorts by Marriott International, setting the stage for the Marriott and Starwood combine to create a hospitality behemoth in India. The merger would not only create the world’s largest hotel chain but also the biggest hotel chain in India by rooms.

Central Bank Mandates Online Forms For FDI Filing
The Reserve Bank of India (RBI) has asked banks to file forms related to foreign direct investment only online on the e-Biz portal starting February 8. With a view to “promoting ease of reporting” of such transactions, RBI, under the e-Biz project of the government, has enabled online filing of three returns — ARF, FCGPR and FC-TRS.

5G iPhone is a top priority for Qualcomm

US may withdraw zero tariffs for India