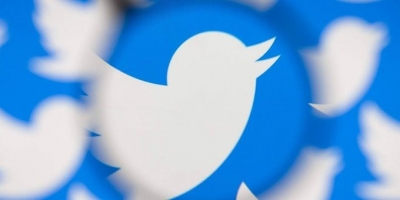 New Delhi– As debate rises over content moderation and regulation on social media platform globally, including in India, Twitter on Tuesday said that governments which seek to defend and expand online freedom, cannot stand by while other countries seek to silence critics, censor journalists and block access to information.

Stating that open internet is more at risk now than ever before, Twitter said that the harassment of employees of service providers is a worrying norm, accelerated by proposals to require local staff to be liable for decisions rather than the corporate entity.

“Similarly, the targeting of independent journalists and activists highlights the willingness of some states and actors to use digital policy and manipulation to control political debate,” the micro-blogging platform argued in a position paper titled “Protecting the Open Internet”.

According to the new Information Technology (Guidelines for Intermediaries and Digital Media Ethics Code) Rules, 2021, social media platforms such as Facebook and Twitter must remove content not later than 36 hours after a government or legal order.

“As has been noted by a range of voices, the combination of significant administrative penalties for individual pieces of content and expected removal in short-time periods – whether one hour or 24 hours – creates a significant corporate incentive to over-remove content, particularly in edge cases, and one that more acutely impacts small companies and new services who have more limited resources to litigate or pay fines,” Twitter emphasised.

The new IT rules 2021 also ask social media firms to trace certain messages back to the originator, along with introducing a mechanism for voluntarily verification of users to tackle fake content.

The Delhi High Court last week disposed of the plea against Twitter India for not complying with the IT Rules 2021, saying it was satisfied with the compliance shown by the platform.

On regulation, Twitter said in its position paper that legislation and regulation should set clear standards for the types of content they seek to address, with substantive definitions and boundaries and consistent with human rights standards.

“Government requests for the removal of specific pieces of content based on illegality should be based upon legal process and provide for transparency about how these powers are used,” it stressed.

Twitter said that these frameworks must be underpinned with strong, independent processes and free from political interference while allowing for civil society participation.

“As the control of digital infrastructure is increasingly a focus of geopolitical action, these issues cannot be viewed in isolation. It is essential that there is a coordinated, multi-stakeholder strategy to respond to these threats and defend the free, secure, and global Open Internet,” it said.

Mistakes will happen, as they do in all large processes involving human decision-making, it added.

“To avoid incentivising over-removal, regulations that assesses the system-wide performance of how services enforce their terms of service will provide essential flexibility and reduce incentives to over-moderate content while incentivising investment in technological solutions despite the inevitable errors that come from imperfect tools and robust appeal mechanisms,” Twitter emphasised. (IANS)

Gold rises to 2-year high on weaker US dollar

Retail markets in India: Opportunities in a dynamic world